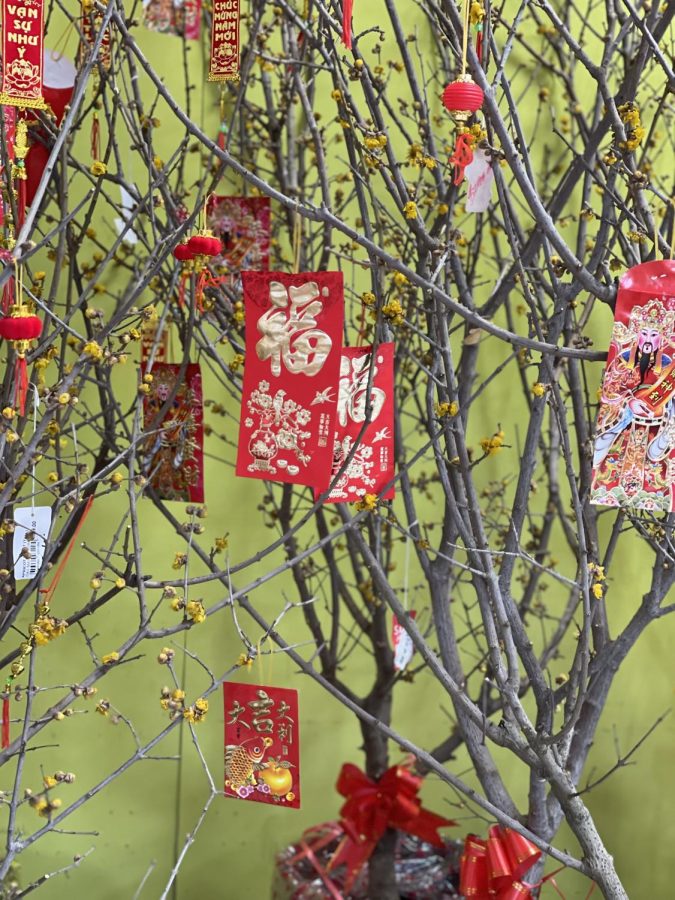 As February is now upon us, the Lunar New Year has arrived, bringing with it the sounds of laughter, exploding firecrackers, and the mouthwatering aroma of traditional foods, such as bánh tét, a savory Vietnamese rice cake, and nian gao, a Chinese sweet rice cake.

The Lunar New Year is celebrated in countries throughout Asia, such as China, Thailand, Vietnam, and many others. The lunar calendar dictates the date of the new year as well as the Chinese zodiac that repeats itself on a twelve-year cycle, with 2022 falling on the year of the tiger.

“Every year, my family and I wish each other a Happy New Year and share sweet rice cakes or a dessert called nian gao,” junior Amy Tran says. “My aunts, cousins, and I also used to exchange red envelopes that were filled with money.”

One of the many traditions within the holiday is the giving and receiving of red envelopes. They usually contain money and are given to children as a token of good luck.

The Bridges Club at Athens Academy has decided to celebrate Lunar New Year 2022 by handing out these red envelopes with small pieces of Asian candy and slips of paper with a brief summary about the holiday instead of money.

In order to fulfill Athens Academy’s commitment to creating an environment in which every student feels included and comfortable on campus, the students in Bridges hope to bring the school closer by highlighting different celebrations from around the world.

“I hope that Bridges continues to be a space where everyone can truly just learn more about each other and build good relationships,” says Ricardo Ureña, Bridges member.