Singing Their Way to State 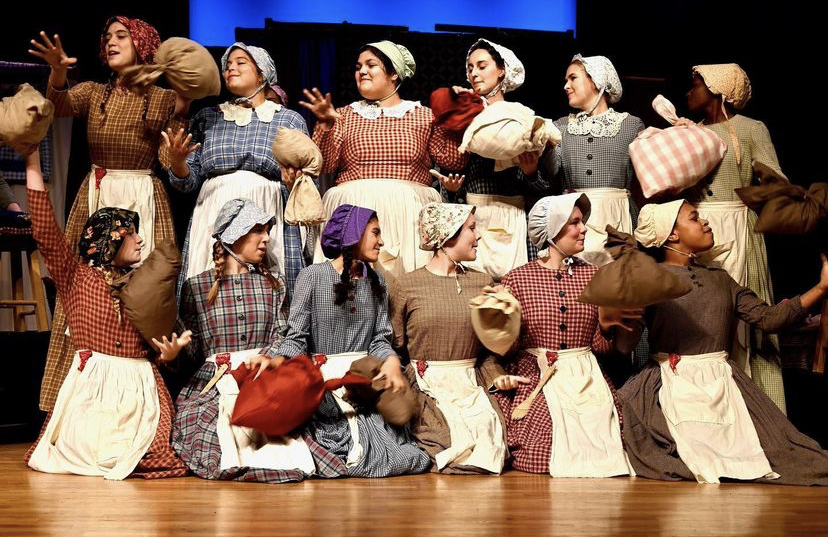 On Saturday, Nov.13, fourteen young actresses from Athens Academy traveled by bus to the state One Act competition. The show they put on was called “Quilters,” a heartfelt musical about the life experiences of women on the prairie. While the faculty sponsor for One Act is Lorraine Thompson, the head of Athens Academy’s drama department, in the words of cast member Alexis Keeney ’22, Ms. Thompson “passed the baton to the seniors, really allowing them to take the reins of the show.”

Although the senior members of the One Act troupe have plenty of acting and leadership experience, this responsibility was considerably hefty. In regards to the process of putting the show together, Keeney shared that the differences in ages between the cast members made it difficult for the group to bond at first, noting specifically that the majority of the cast were freshmen and that the remainder was comprised of four seniors and two juniors.

The group was truly able to bond and compete at their best once “the seniors pulled together and really decided to make it OUR show,” senior Harper Purcell explained. Keeney elaborated on this point, stating that the upperclassmen “added some extra rehearsals and gave (their) last dress rehearsals everything they had.”

This extra effort that was encouraged by the seniors paid off tremendously, leading them to a first-place victory at the region championship. Both Purcell and Keeney expressed that performing live was very exciting after being unable to do so during the pandemic. This, however, was nearly nothing in comparison to the joy of participating in One Act overall. As Keeney puts it, “At the end of the day when you get up on stage, you’re not alone. You have a whole company sitting behind you, ready to support you.”