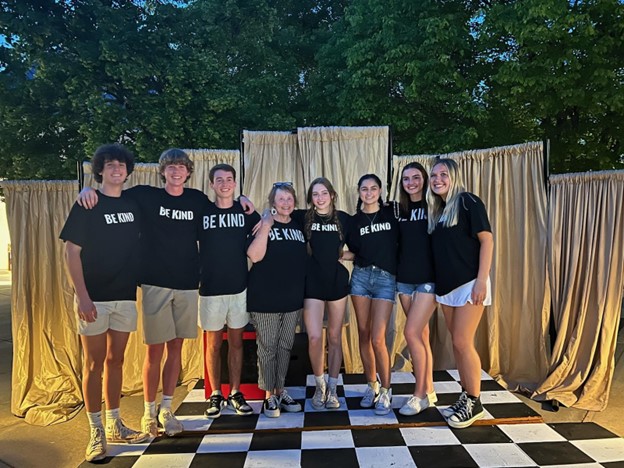 Do you like to watch stand-up comedy shows with comedians such as Kevin Hart and John Mulaney? Or maybe you have watched SNL and wondered what it would be like to make your own comedy skit. If you can relate to any (or none) of those questions, then you should consider signing up for sketch comedy class with Lorraine Thompson, or as her students call her, Ms. T.

In this class, students perform their own comedy show at the end of the semester. This year’s was “Low Expectations” starring Mils Crosland, Will DeLoach, Lexi Sennowitz, Lucy Rentz, Collin Edge, Tom Hollingsworth, Patrick Rodrigue, and Courtney Coffeen.

Students first learned about different types of comedy sketches and then practiced writing in those styles. They continued drafting these sketches until the class came up with about 30 skits. Some of the skits they wrote were in their show this spring and others will be performed during next year’s performance.

The students even had the chance to work with a UGA comedian and “got some first-hand experience,” Rentz says.

If you have little experience on stage or have never performed at all, don’t worry.

“I think it’s a good way to get out of your comfort zone and it’s a very good starting class for people who have never done acting before because it’s very relatable, laid back, and fun,” Sennowitz says.

Crosland adds, “I think it’s fun to try something new.”

If you want to get more involved with the campus community, this class is a great starting point.

“It’s a good class to experience with other people, lower and upperclassmen or people of the same grade,” Edge says.

While Ms. T does provide some advice, she lets the students create their own performance.

“We make the idea and write all the jokes and she helps us keep it in line and sharpens it up,” Rodrigue says.

This semester is the first time ACAD has ever had a comedy class, and it’s surely a unique experience.

And there really isn’t. “Low Expectations” definitely exceeded all expectations, being a show ACAD audiences have never seen before nor laughed so hard at. These talented students created a variety of sketches spanning from a puzzled dad at a coffee shop to kids from the suburbs making a rap group. Best of all, they performed their own stand-up, with Rentz sharing her life story as a middle child, Deloach sharing his fear of snakes and Taylor Swift fans, and many more memorable moments.

If you want a good laugh or to make others laugh, this class is definitely something you need to check out in the upcoming semesters.