The Spartan Review • May 2, 2022 • https://acadspartanreview.com/1095/news/celebrating-charles-darwins-birthday/ 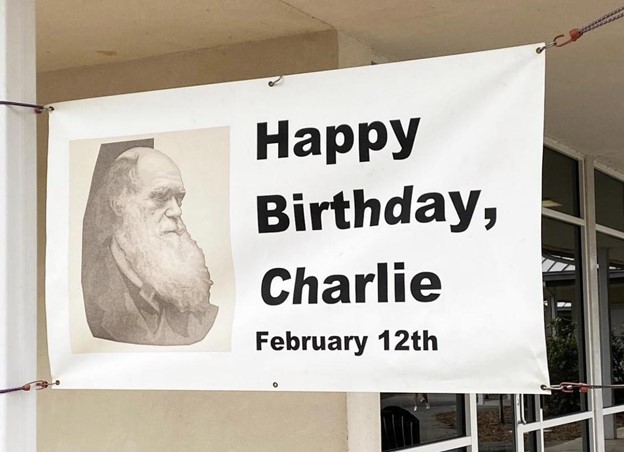 Famed scientist Charles Darwin changed the course of biology. Schools all around the world acknowledge his importance to the science community, and our school is no exception. In fact, you may even remember the science department passing out ice cream sandwiches to advisories in February in celebration of his birthday.

According to National Geographic, Darwin initially wanted to become a physician like his father. He began studying at Edinburgh University until he flunked out and continued his education at the University of Cambridge. While there, Darwin focused on natural history, and was able to receive a note from his mentor and professor, John Henslow, to accompany him on a journey that would lead him to discovering what would be the foundation for a new world of science.

“He was a naturalist. He enjoyed observing the world around him so he took notes in his notebook about everything that he noticed, which led him to proposing the theory of evolution by natural selection,” said Lori Neves, Athens Academy’s evolutionary genetics teacher.

When it came to sharing his ideas with his scientific peers, Darwin was hesitant. He was worried that presenting his ideas could cause havoc in the world because people might see his ideas as threatening to their religious beliefs.

“Eventually he already had so much evidence,” says Anna Scott, science department chair. “Ever since then, the evidence has just continued to accumulate in support of multiple lines of science to the point where now, celebrating his birthday doesn’t seem like such a political act.”

Over thirty years ago, the former department chair, Richard Patterson, started the tradition when there was resistance to the teaching of evolution, since it was seen as a counter to religion.

“It was a really big deal and a big statement for Mr. Patterson to celebrate Charles Darwin 30 years ago,” Scott says. “Now we do it because it’s fun and because we’ve been doing it for 30 years.”

Pre-COVID, instead of ice cream sandwiches being passed out, there would be a serving line with cake and ice cream, and students could sign cards or boards or even write on the sidewalk with chalk.

“Next year in the fall, we’re going to celebrate the birthday of Madame Curie. Marie Curie is the only woman in science to have won two Nobels in the hard sciences,” Scott says.